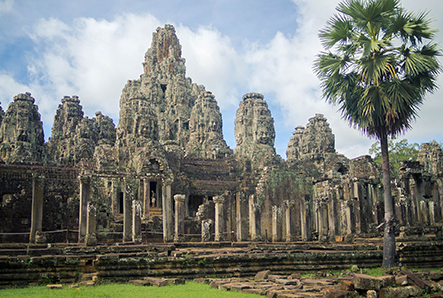 Angkor Thom, the last capital, was indeed a 'Great City' as its name implies, and it served as the religious and administrative center of the vast and powerful Khmer Empire. It was grander than any city in Europe at the time and must have supported a considerable population - which may have been as high as one million. Within the city walls were the residences of the king, his family and officials, military officers and priests while the rest of the people lived outside of the enclosure. The structures were built of wood and have all perished, but remains of stone monuments let us glimpse at the past grandeur of the once great capital. You can walk amongst the Bayon, the Terrace of Elephants, Terrace of the Leper King, the Prasat Suor Prat and others, as well as the earlier monuments of the Baphuon and Phimeanakas - all within the walls of Angkor Thom. Looking at the ruins it is easy to imagine why foreigners referred to Angkor Thom as 'an oppulent city'.

Zhou Daguan, the Chinese emissary who provided the only first hand account of the Khmers, described the splendour of Angkor Thom: ' At the center of the Kingdom rises a Golden Towers [Bayon] flanked by more than twenty lesser towers and several hundred chambers. On the eastern side is a golden bridge guarded by two lions of gold. North of the golden tower rises towers of Bronze [Baphuon], higher even than the Golden Tower: a truly astonishing spectacle, with more than ten chambers at its base. A quarter of mile further north is the residence of the King. Rising above his private apartments is another tower of gold. These are the monuments which have caused merchants from overseas to speak so often 'Cambodia the rich and noble'. 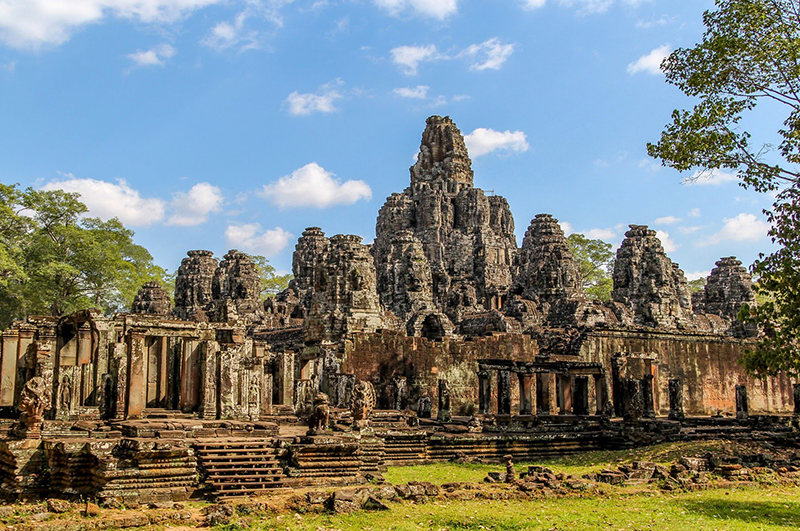 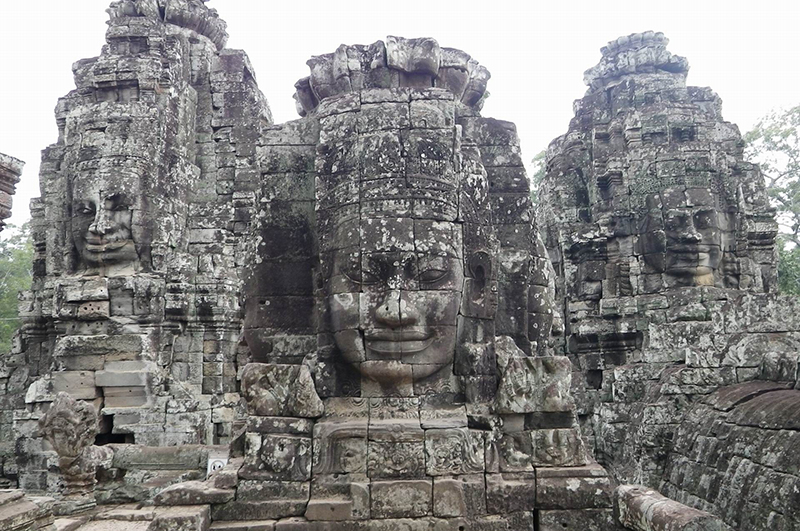